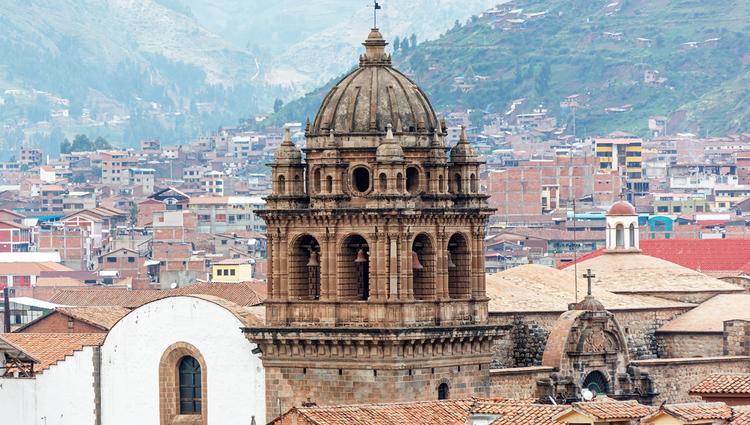 The Andean Summer Solstice festival, known as Capac Raymi has been celebrated for hundreds of years since at least as far back as the early 15th century. It takes place in the weeks around December 21st, and is in part, a celebration of the Summer Solstice, the longest day of the year, corresponding to the first month of the Inca calendar. In Inca times, many complex celebrations and rituals existed that are no longer celebrated as they were, due to the influence of Catholicism. Nowadays, the original Inca celebration is mixed with Catholic ideas in a form of syncretism, combining elements of both religions.

The December 21st festival is thought to mark the separation of two months in the Inca calendar that honored the Sun, Inti, and the Moon, Quilla, which also represent the masculine and feminine aspects of life. Capac Raymi, meaning Royal Feast, is the first month leading up to December 21st, and Capac Raymi Camay Quilla, meaning Festival of the Moon, is the month after the Summer solstice. A determining factor for the length of these celebrations was how soon the new moon appeared after the Summer Solstice. So the festivities could be longer or shorter, based on the Inca’s measurements of this period of days, and possibly other planetary aspects.

The Warmi Pascua (Feminine Passover) is associated with the Capac Raymi.

Among the rituals associated with this time of year were initiation rites for young men and women. Boys would receive their first pair of pants, having previously worn the same knee-length shifts worn by girls, and girls would receive their first hair ornaments. It is thought that this was also a time of year when parents would choose which skills to encourage and develop in their children, based on their observations of the child’s proclivities during the first 7 years of their lives.

Boys of the nobility would receive their first ear spools, a type of adornment worn only by royals in Inca times, which were inserted into the lobe of the ear in an initiation ritual known as the Warachikuy.

Some of the elements of the celebration in its original form would have been elaborate dances and prayers, offerings of plants, flowers, and animals, the consumption of large quantities of ritual food and drink, such as chicha de jora, (fermented corn beer), and the chewing of coca leaves. The ashes of sacrificed llamas would be thrown into the rivers as an offering to Viracocha, the creator.

Today, there are efforts to bring back the Capac Raymi celebration as it was originally intended. One such event takes place annually in Chavin de Huantar; an archaeological site located in the Northern Andean highlands of Peru in the Ancash region. Offerings of medicinal “spirit” plants, such as coca and tobacco, and foods such as chicha and pumpkin pudding are offered to the deities. A conch shell, (pututu in Quechua), is blown to herald this time of transition into the New Year, after the corn has been sown. It’s is the last celebration of the year, beginning the agricultural cycle of the corn crop, which will be harvested in June, at the time of the Winter Solstice. Additionally, the transformation of children into adults is noted.

Capac Raymi was one of the major festivals celebrated before the arrival of the Spanish, connoting the importance of the Feminine, of Transformation, and of Quilla, the Moon, and Inti, the Sun.