Top 5 Things to Know before going to Barranquilla’s Carnival 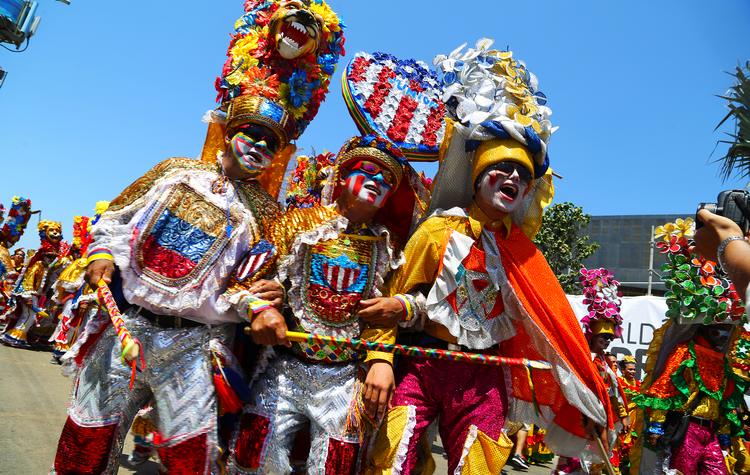 South America is famous for its impeccable beauty, rich culture and authentic diversity. Colombia is at the forefront when it comes to travelers who are nature enthusiasts or avid birdwatchers, but what many people don’t know – and sadly miss out on – is that it is also home to the second largest carnival in South America, closely after the carnival in Rio de Janeiro, Brazil.

The Barranquilla Carnival in Colombia is very important to citizens of the country as it represents the sacred folkloric traditions of Colombia, and the different cultures that created them. It is a lively carnival that is inviting and warm, includes everyone and attracts thousands of people each year.

Barranquilla is a large port city located near the Caribbean Sea, and explodes into a magical festival of color and dance during the Barranquilla Carnival which is celebrated over a four-day period that begins the Saturday before Ash Wednesday and ends on Shrove Tuesday, but the festivities start taking place way before the actual event.

We at Kuoda have summarized the 5 most important things to know before visiting Colombia’s Barranquilla Carnival. 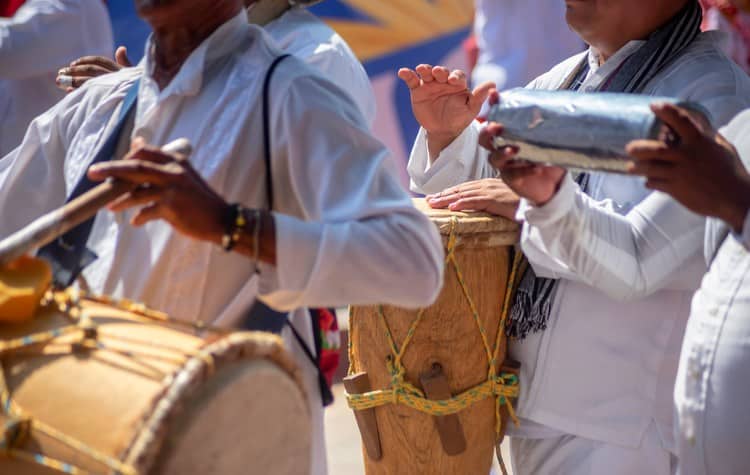 Dating back as far as the nineteenth century, Barranquilla’s Carnival consists of different cultural practices and festivities, including the various forms of folklore dancing. These traditions include colorful costumes, high energy dancing and incredible parties that make it one of the most exciting carnivals in South America.

The Barranquilla Carnival still includes ceremonies of Colombia’s ancient indigenous people, and these traditions come from the European colonialists and their music-orientated festivities that took place in the 19th Century during the time when Africans were forced into slavery.

This is one very special festival as it emphasizes the rich history of Colombia and recognizes the different cultures that made this beautiful country their home.

2. What makes it special? 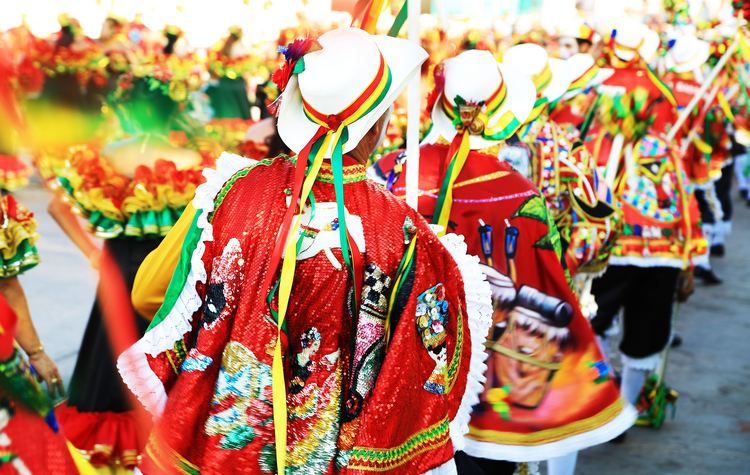 Ceremonies that represent the carnival and other festivities and parties start emerging as soon as one month before the actual event. These pre-carnival events are welcoming to the public, and just showcase the excitement that the country’s people embody for the weeks leading up to the carnival.

There won’t be big crowds of tourists, as you would expect from its sister carnival in Rio de Janeiro, so it is a wonderful opportunity to really delve into the local culture by rubbing shoulders with the very people who take serious pride in the cultural folk dancing and special traditions.

The location is easy to reach, and very convenient for travelers who are planning to visit other hotspots in Colombia. Barranquilla is located between Cartagena and Santa Marta which can be easily accessed by plane from Europe or the USA. It can be easily added to your travel itinerary, without having to change much of your initial plans.

The city itself is home to a variety of different cultures with roots in Indigenous, African, European and Middle-Eastern customs. It is a musical cocktail with fusions of folk dance, colorful costumes and ancient ceremonies inspired by the locals who take pride in, but also celebrate their different cultural heritages.

This event is so vital for the people of Colombia and truly celebrates the unique diversity in cultures, that UNESCO actually named the Barranquilla Carnival as an Intangible Cultural Heritage of Humanity in 2008. 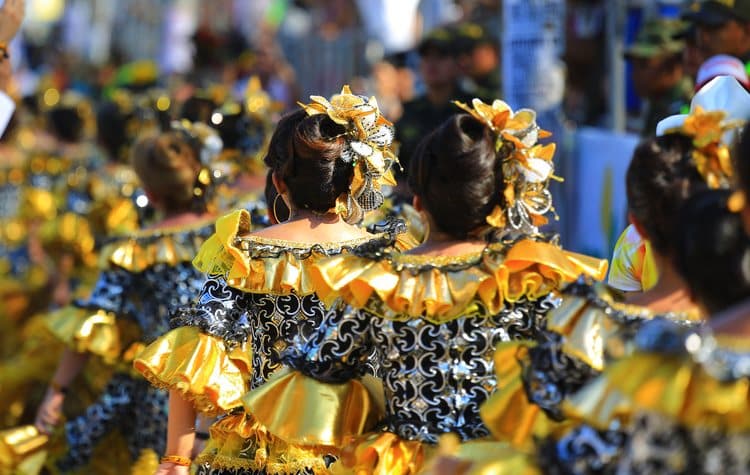 The flag raising ceremony fires off the celebrations and takes place at the Antiguo Edificio de la Independencia Fluvial Secretaria de Cultura, Patrimonio y Turismo. The main event is held in Plaza de la Luz, and the surrounding streets are closed for the parade. On the Friday the previous Carnival Queen hands over the crown of the incoming queen, and she will represent the next year’s festivities.

There are three main parades not to miss: Battle of the Flowers, Grand Parade of Tradition and Folklore and Grand Parade of Comparsas. They are each quite different and unique from one another and held on different days of the carnival.

Battle of the Flowers is the most beautifully detailed parade and it includes horseback carriages, themed floats, traditional music and folklore dancing. Locals wear brightly colored traditional costumes and the flowered themed floats boast positive vibes and an uplifting energy as confetti is thrown into the crowds of people.

Grand Parade of Tradition and Folklore includes only cultural groups. This is an important parade that offers a complete space for sharing specific traditions through musical acts and dance performances. There are no floats present during this parade.

Gran Parade de Comparsas is the last parade of the carnival. It is a mixture of different cultural heritages, through dance, extravagant colorful costumes, themed floats and a variety of music styles ranging from salsa, merengue, electronic and reggaeton.

4. What else is in Barranquilla? 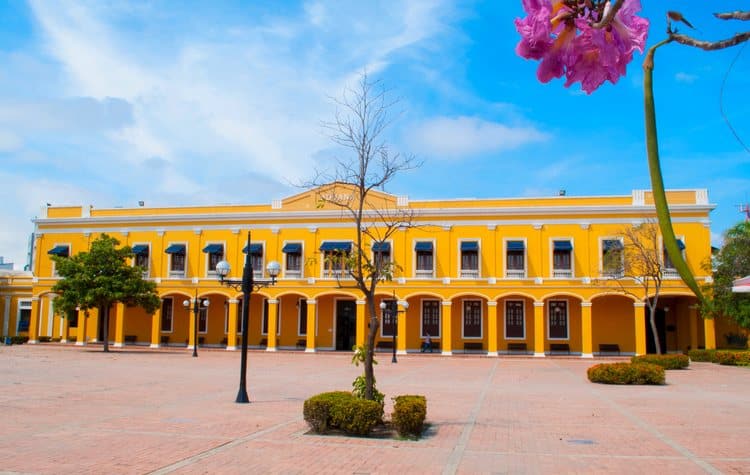 Whether you decide to come ahead of time, to take part in some of the many pre-carnival activities – such as the Reading of the Bando, the Raising of the Carnival Flag, the Gay Carnival, the Children’s Carnival and the Gaucherna – or you simply want to explore the city of Barranquilla after the four days of dancing and partying, Barranquilla has a few options for tourists to look at.

The Gran Malecon Puerto de Oro is a tour along the river which is amazing for viewing the sunrise or sunset, and there are a few different street vendors that sell local food. It is another opportunity to delve into the local culture and mix with the locals.

If you need to tap back into the modern world, or if you want to stock up on travelling “must-haves”, Buenavista Shopping Mall boasts clothing stores, restaurants and gadget stores which can be difficult to find else-where if you plan on departing to more remote areas for nature bundu-bashing after the carnival.

Zoológico De Barranquilla is a sanctuary with about 109 species of native and non-native animals. It is an important site as it was first established back in 1930. It is a great way to unwind and connect with nature after or before the festivities.

5. Why you should visit with Kuoda? 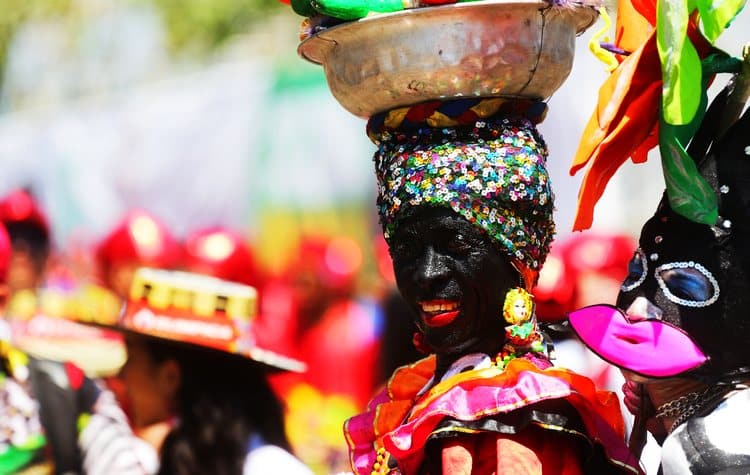 Colombia is a very unique country in many different aspects. It offers a rich culture and breathtaking natural beauty, which attracts nature lovers and travel junkies from all over the world. Other than that, as we just saw – the second largest carnival in South America. It can be quite overwhelming to plan a trip like this, considering that there are so many locations in the country that resemble its own uniqueness.

We at Kuoda understand the importance of a well-planned travel itinerary, especially one to such a diverse country – where you don’t want to miss anything. We are specialists in designing custom-made packages, and our trip designers have extensive experience in creating authentic and memorable journeys that satisfy the individuals’ specific needs and requirements. Contact us today to talk more about what you need specifically for your trip, and let’s start planning it today!