6 Events to visit Cusco in June 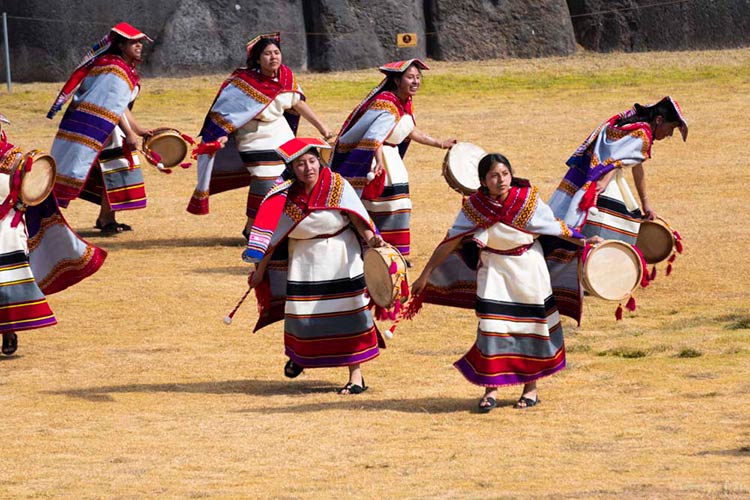 If you love colorful celebrations, June is the month to plan your trip to Peru – the Jubilee month in Cusco!

The festivities kick off with an Inca ceremony that takes place on the Plaza de Armas on June 1. Known as Hayhuarikuy in Quechua, the festival marks the beginning of Cusco’s plethora of June parties and events. Andean priests gather on the Plaza de Armas with offerings of agricultural products and chicha de jora, a fermented beer made from corn. The Apus or deities of Cusco are invoked and asked to oversee and bless the important rituals that take place in June. 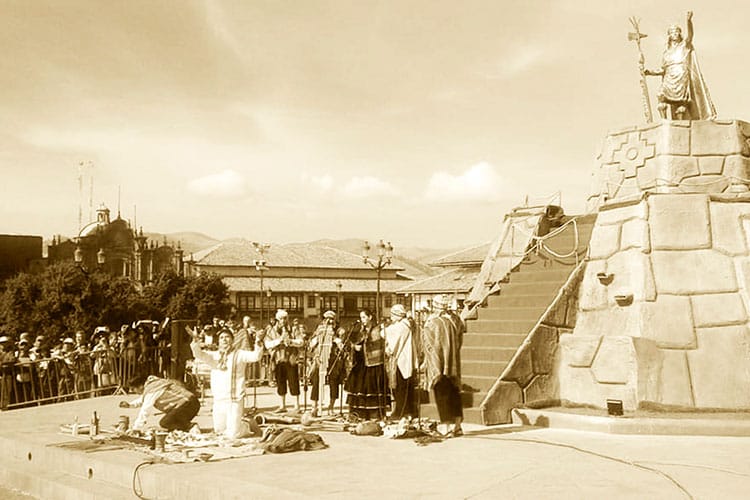 Next up is the Q’oyllur ritior Star Snow Festival, which this year will be held from June 6 – 10, during June’s full moon. This massive pilgrimage sees huge contingents of Quechua and Aymara-speaking communities gathering together and making a pilgrimage to the Shrine of Q’oyllur riti, located in the remote Sinakara Valley on Mount Ausangate, one of the most important Apus, or mountain deities in Cusco. Tens of thousands of people are in attendance for this six-hour journey: it is considered to be one of the largest yearly pilgrimages in South America. The pilgrims, dressed in colorful traditional Andean garb, chant prayers and sing songs during their walk, and participate in ritual bathing to purify their energies before approaching the Gods. The custom of imbibing chicha de jora, which is considered a sacrament, is widespread during the pilgrimage. 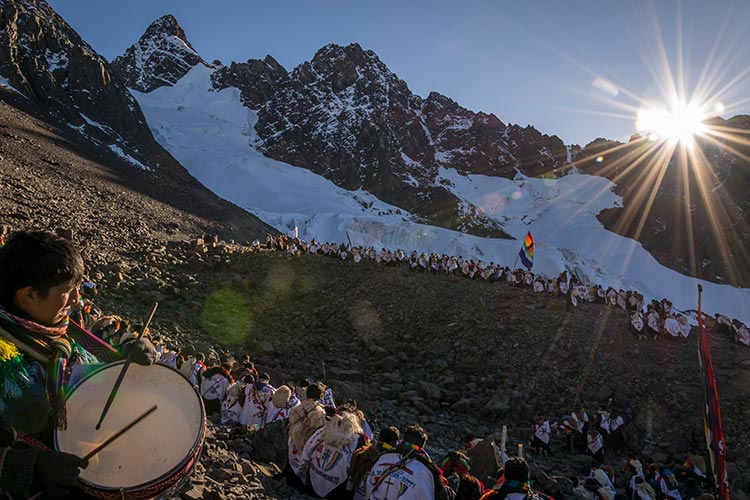 The main day of the Corpus Christi Festival takes place on June 11 this year, sixty days after Easter Sunday. Although this feast is celebrated throughout Latin America, it is at its most vibrant in Cusco. It is ostensibly a celebration of the Eucharist, which was introduced by the Spaniards in the 16th century. Many saint icons are brought in colorful processional parades to Cusco’s Plaza de Armas and exhibited to the crowd that are numbers in the thousands. They are housed in Cusco’s Cathedral for a week before returning to their home churches on the eighth day, an occasion for more parades.

Corpus Christi has a special meal that you can find being prepared throughout the city, known as Chiriuchu. It’s a cold meal that celebrates the diversity of products available throughout the Inca Empire, including chicken, sausage, torrejas (pancakes made from cornmeal), fish eggs, seaweed, a bit of cheese, some Cusco corn on the cob (not sweet, but delightful nonetheless), colorful rocoto peppers, and guinea pig, or cuy. We can help you find a local restaurant to try this dish, or, it may also be found being sold by Andean ladies in booths around the Plaza de Armas and other sites in Cusco. 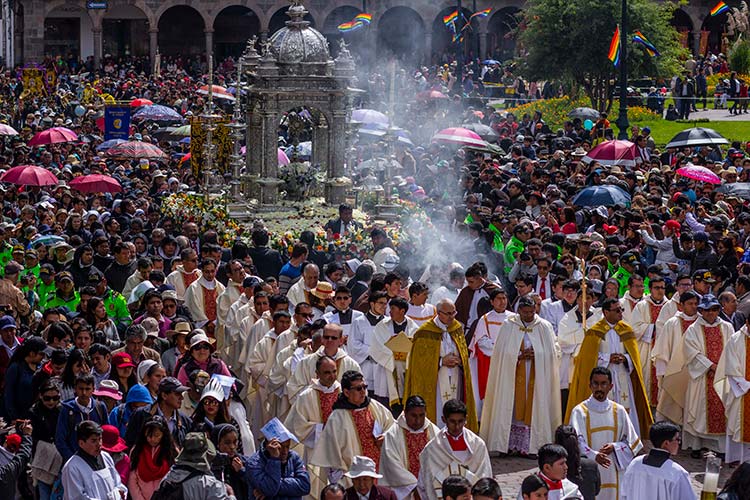 The Festival of Q’eswachaka falls on the second Sunday in June: this year it’s on June 14th. This is a great way to learn about a Peruvian tradition that has all but died out: it is a coming together of communities to reconstruct the suspension bridge that spans the Apurimac River in the Canas province. At one time, these bridges could be found throughout the Inca Empire and this is one of the very few that remains. The material used to build the bridge, a type of grass known as ichu, is gathered beginning on the Thursday before the main event. Men, women, and children all participate in the gathering, curing, and braiding of the ichu grass, and on the fourth day, (Sunday), the bridge is rebuilt to last another year, accompanied by much ribaldry, music, celebration, and fun. 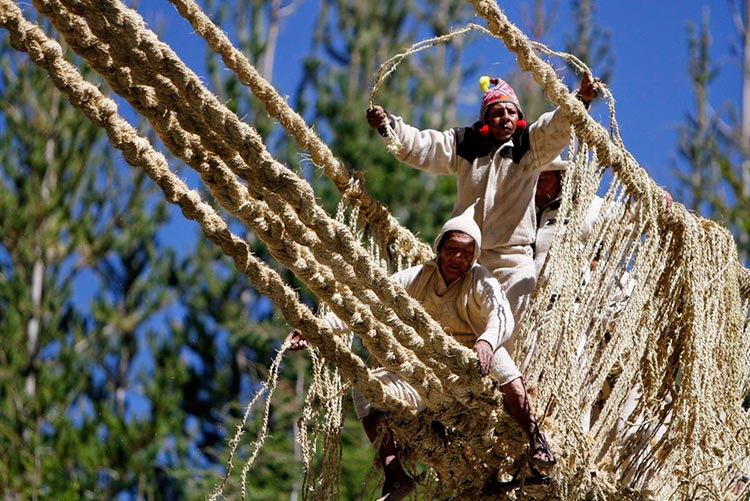 Inti Raymi is a religious reenactment of a Quechua ceremony that celebrates Inti, the Sun God, and asks for his blessings for the coming agricultural season and the year. It begins at the Qoricancha, or Golden Temple, moves to the Plaza de Armas, and ends with an elaborate ceremony at Sacsayhuaman, the archaeological site overlooking Cusco. Tens of thousands of people visit Cusco to partake in the festive atmosphere of processions, parades, music, dancing and prayer that are part of this exciting and vibrant event. 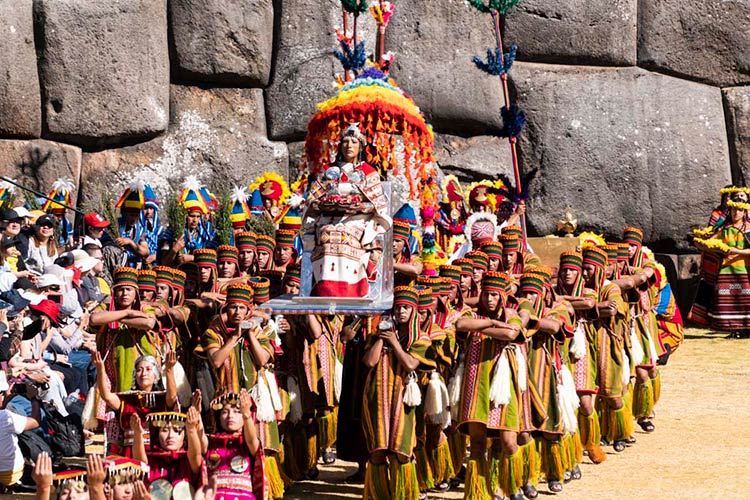 The Ollantay Raymi Festival takes place in the town of Ollantaytambo on June 29th this year. It is a festival that celebrates Inti, the Sun God and is held at the spectacular ruin overlooking Ollantaytambo: it is accompanied by festivities, music, dancing, and prayer. A theater enactment known as the Drama of Ollantaytambo is performed during the Ollantay Raymi Festival. It recounts the story of the ill-starred love affair between an Inca princess and a military general.

We would be delighted to arrange for you and your companions to attend any or all of these Cusco festivities in June. Contact us for help with planning your Peru luxury trip. 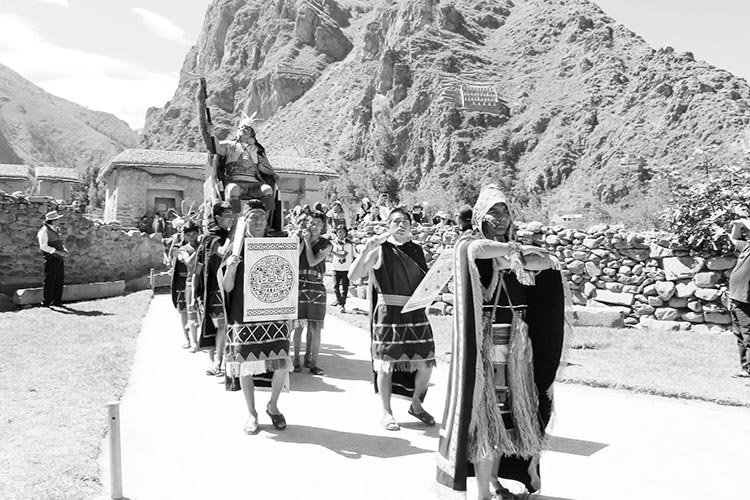