5 Reasons Why Chachapoyas Should Be On Your Bucket List! 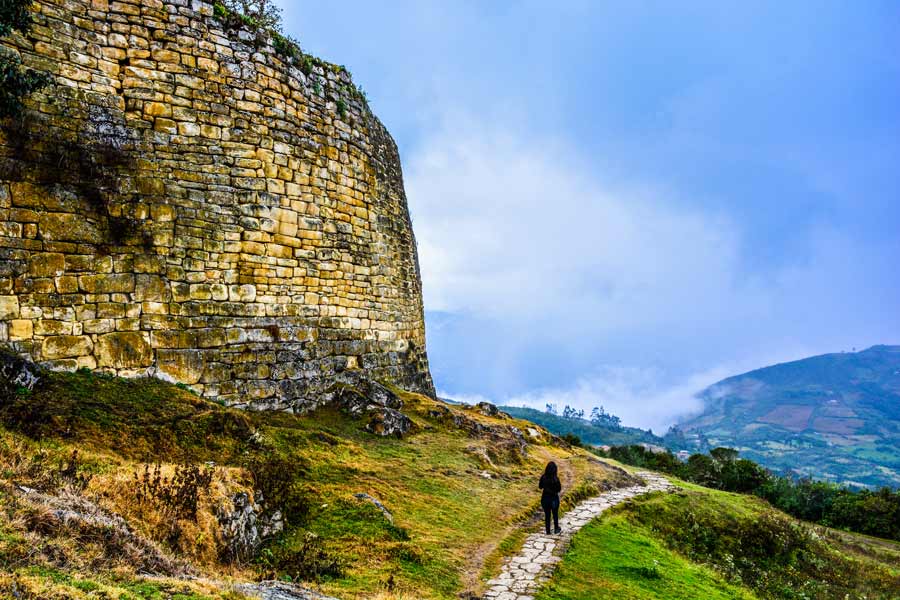 For a truly off-the-beaten-path experience on your custom Peru tour, the ancient city of Chachapoyas fits the bill and then some. It once served as the home base for the Chachapoyas culture, an ancient civilization also known as the “Cloud People.” Their majestic ruins of Kuelap still stand in the remote and isolated area of Peru’s northern Amazonas region at an elevation of 7,600 feet. A visit to Chachapoyas should be on every adventure traveler’s personalized Peru itinerary. Here’s why:

– The Getting There is Tough, But Worth It 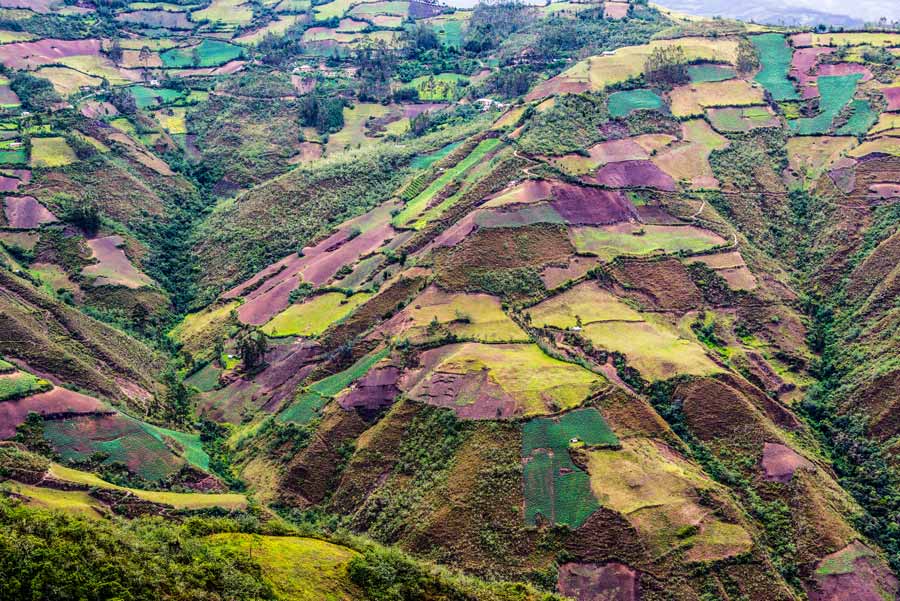 Due to its location between the Cordilleras Occidental and Central (western and central corridors), Chachapoyas receives a good amount of rainfall annually, but manages to avoid the excessive tropical downpours that are found further east. It’s also a bit hard to get to which makes it only more appealing for those searching for alternative destinations in Peru. It’s accessible by a 22-hour bus trip from Lima passing through Chiclayo en route. You can also depart on an overnight trip from Trujillo (13 hours) or Chiclayo (nine hours). Chachapoyas can be reached from the Amazon city of Tarapoto. One of our Kuoda Travel Designers can walk you through the options more in depth. 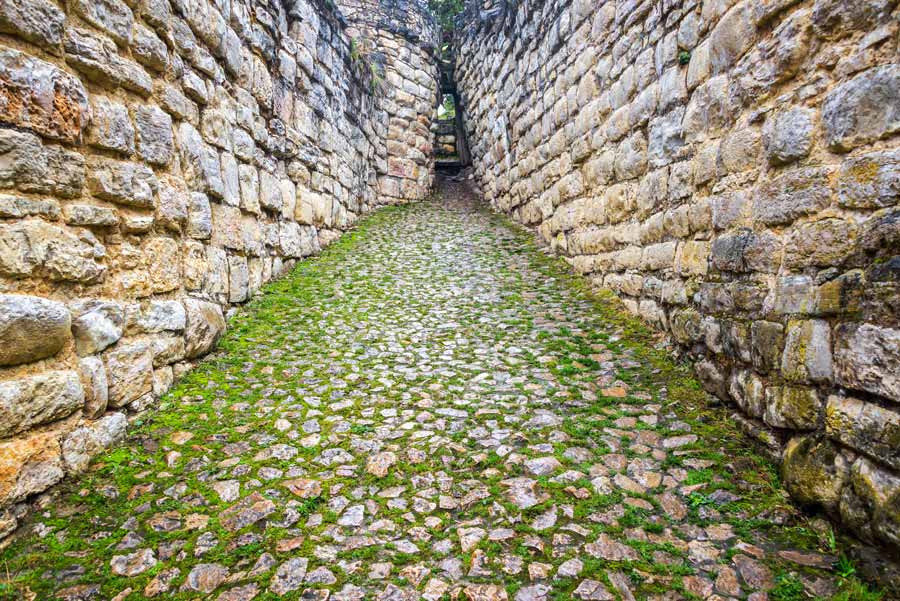 The Stunning Kuelap Fortress in Chachapoyas

Among the unique attractions of Chachapoyas are the ruins of Kuelap, built by the Chachapoyas people, also known as the “Cloud People”, in the sixth century AD. Kuelap is being dubbed “the new Machu Picchu.” It consists of a walled ruin that encloses over 400 pre-Inca stone buildings. Kuelap boasts beautiful round stone houses with thatched roofs, and ceremonial courtyards where burial chambers are visible. It has massive stone walls that are said to have the eerie, deserted feel of a recently discovered and little-known ruin. Although a recently opened cable car system now makes Kuelap more easily accessible, the more intrepid traveler can choose to take the original route, a two-plus hour drive up a winding road followed by a kilometer of steady uphill hiking to arrive at the ruins. There is some concern about the cable car’s potential impact on the lives of the locals, and it is hoped that they will benefit in some way from the increased traffic to the area.

– Waterfalls and Untouched Wilderness To Explore

Gocta Waterfall: One of the World’s Highest Waterfalls

Another Chachapoyas attraction is the Gocta waterfall, a hidden gem that rises to 771 meters and is said to be the third highest waterfall in the world.  Until 2006, its existence was practically unheard of. There is a fairly strenuous three-hour hike to get to the base of the lower falls, with views of spectacular peaks and valleys on the way. The area also boasts beautiful flora and fauna. Among the species you might be fortunate enough to spot nearby are Toucans, Andean Cocks-of-the-Rock, and maybe even the rare and endemic Yellow-tailed Woolly Monkey! 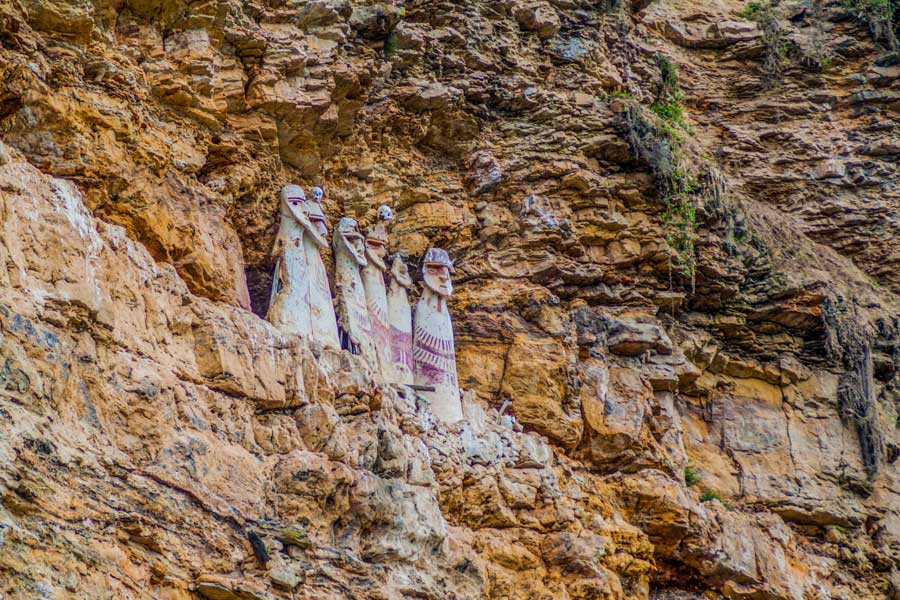 The Seven Statues known as the Sarcophagi of Karajia

The sarcophagi of Karajia are a group of seven statues located about 48 km. northeast of Chachapoyas, which once housed curled-up mummies. They are decorated with yellow ochre and red paints and there are human skulls placed on top of the statues’ heads. In order to see them, you traverse a narrow path and look up to spot the statues towering far above. The sarcophagi have been radiocarbon dated back to the 15th century.

– Travel to Chachapoyas Before It’s Too Late

As of the time of this writing, Chachapoyas is still a little-visited destination as the cable car is still a new feature. As this may change in the near future, it behooves the traveler who prefers to avoid the crowds to get there while it’s still among the lesser-known treasures of Peru! Contact a Kuoda Travel Designer today to begin planning your private tour of Peru and visit to this ancient lost city. An off-the-beaten-path adventure awaits you.