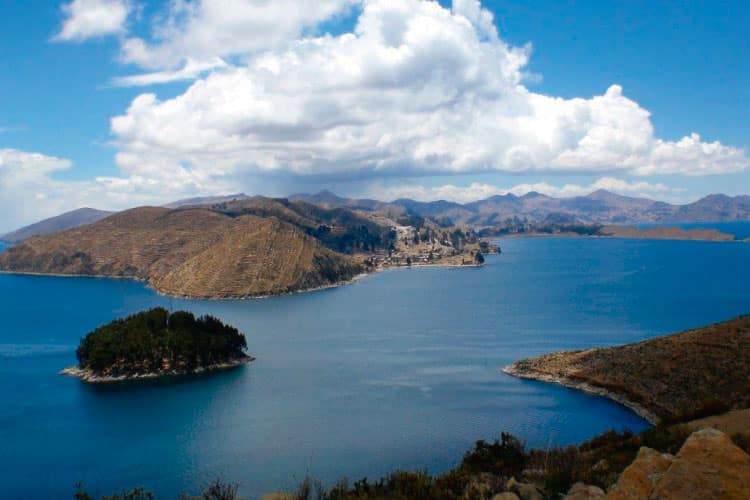 The shores of Lake Titicaca will quite literally take your breath away. At an elevation of 12,500 feet (3,810 meters) above sea level, Lake Titicaca claims the highest navigable lake in the world, and the largest lake in all of South America. Those who have already made the journey might also argue that it is the most beautiful. As if this weren’t enough, what makes Lake Titicaca even more intriguing are the fantastic origin myths attached to its name. According to local legend, this lake marks the birthplace of the Inca Empire and the Sun! Today, its icy waters span both Peru to the west and Bolivia to the east. You could say that Lake Titicaca connects these two countries through the shared language of Aymara and shared history since the Tiahuanaco civilization between 650 and 1000 A.D. In addition to holding space for so much human history, Lake Titicaca also bears a striking natural majesty that captures the imagination of even the most cynical. Discover this majesty for yourself in the following activities to round off your trip to Bolivia in a big way. 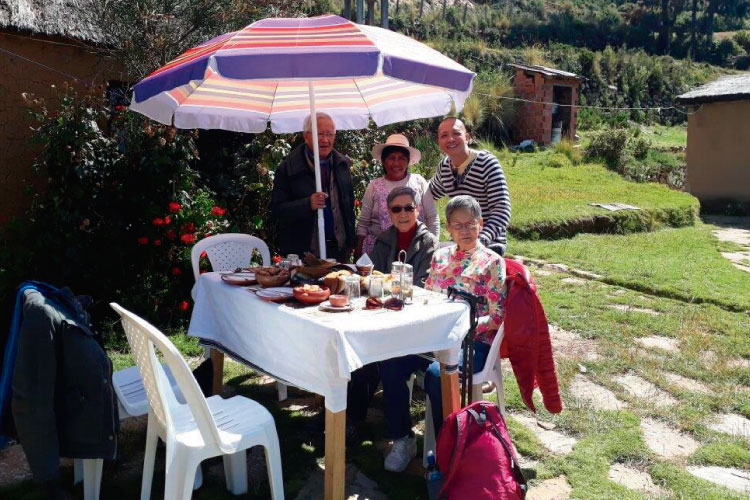 Welcome to the mythical birthplace of the sun!

To be fair, according to Andean legend Isla del Sol represents both the birthplace of their sun deity, Inti, and the origin of the first two Incas, Manco Capac and Mama Ocllo. History, however, tells us that the Incas most likely wove this story over generations to fiddle with the truth of their conquest over the Tiahuanaco people in the mid-fifteenth century.

Even so, the backdrop of this local lore enhances the already ethereal qualities of the island, with unparalleled views of the white-capped Cordillera Real, breathtaking bays, and the gentle lapping of the lake. If you are on a tight timeline, you will still be able to experience the very best of the island on a day trip from Copacabana. You will need to take one of the first boats out and head to the farthest point on the northern side. Here, you will arrive at the village of Cha’llapampa, home to the Museo del Oro, and most of the island’s Incan ruins. After a bit of exploring, you will take a quick boat ride to the southern side of the island, where you can enjoy a lunch of fresh trout, and return to Copacabana mid-late afternoon. 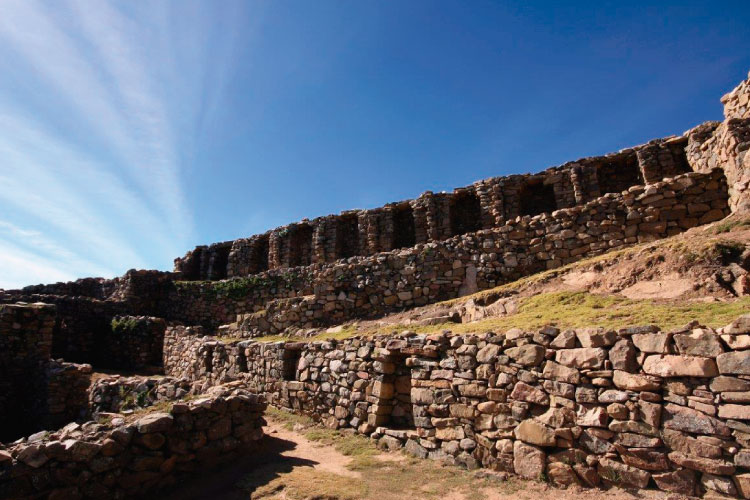 Another island veiled in Incan mythology and history is Isla de la Luna (also known as Isla Coati). Unlike Isla del Sol that houses multiple archaeological sites, Isla de la Luna just has one. The temple on Isla de la Luna was once home to women described as virgins during the Inca Empire. Considering this temple is the only remaining structure from that time, archaeologists have assumed that the entire island served as a sanctuary for sacred female energy.

The most direct route to Isla de la Luna takes you from the Yumani port on the southern side of Isla del Sol. Therefore, you can easily make a half-day trip while staying at one of the lodges on Isla del Sol itself. In addition to exploring the Temple of Virgins, you can also roam the rocky trails, and meet local fishermen. Fishermen on the island are happy to engage with tourists, imparting their trout-catching wisdom. Now an abundant food source for all Lake Titicaca inhabitants, trout were actually introduced in Lake Titicaca’s fish population in 1939, to complement the existing killifish and catfish. 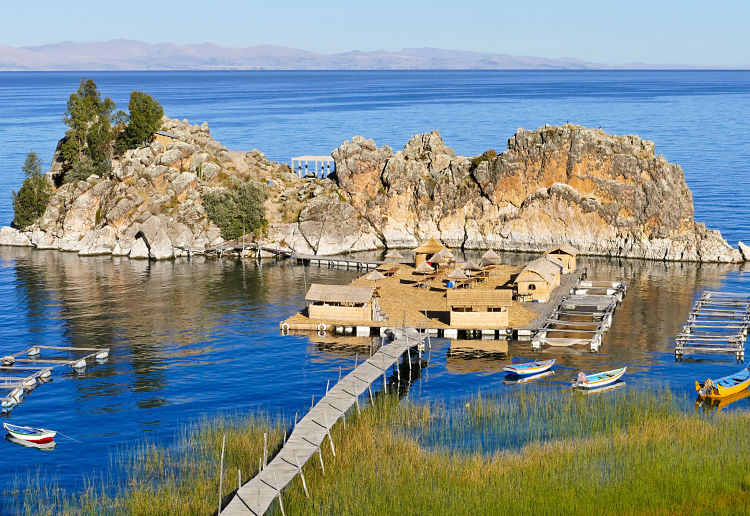 Copacabana, not to be confused with the lively Brazilian beach, is the main Bolivian port to this larger-than-life lake. This rustic fishing town has experienced many growing pains from the tourist boom on Lake Titicaca in general, which have made it another great nook in its own right for some exploring.

During your stay in Copacabana, consider visiting the Horca del Inca archaeological site, which is also known as one of the most sacred places in the region! Archaeologists claim that the people who carved these rocks, predating the Inca Empire, intended to create an astronomical observatory. Or, if you are looking for a bit more adventure, you can take the challenging day-hike to the picturesque town of Yampupata. You can also just hunker down in Copacabana’s central plaza to marvel at the unique cathedral built using traditional Moorish design. 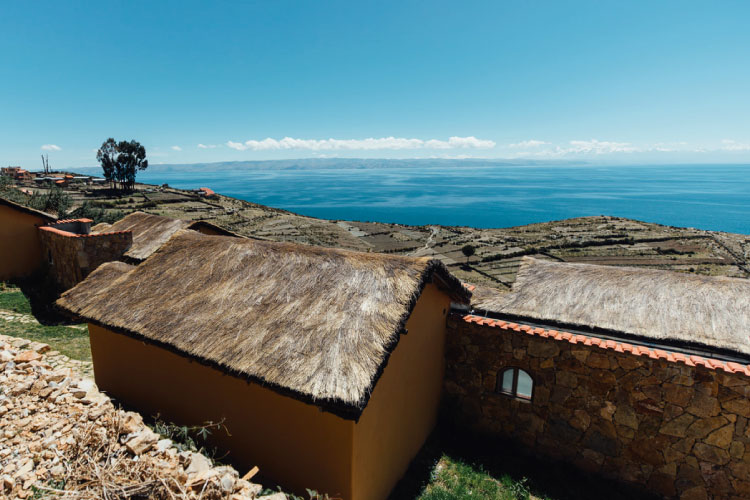 There are quite a few lodges on Isla del Sol for those who want to commune on a deeper level with Lake Titicaca’s natural harmony. However, La Estancia Eco-Lodge stands out for its dedication to enhancing sustainable tourism standards in Bolivia, and its elegant minimalist design. This minimalism is crucial so their guests can truly connect to the Isla del Sol’s enchanting landscape.

La Estancia also offers many activities for guests to get as active or as reflective as they wish. For example, you can embark on the various nature trails in and around the lodge, get to know members of the local communities of Isla del Sol, visit the greenhouse, take to the water for a boat exploration, or simply bask in the serenity of the lake for some deep rest and relaxation.

As the sun sets over Isla del Sol, Lake Titicaca’s horizon paints a vast expanse of deep blue water that seems to just barely meet the prismatic sky, before collapsing over a canopy of white mountain peaks. Don’t miss this unparalleled sight during your time traveling through Bolivia.